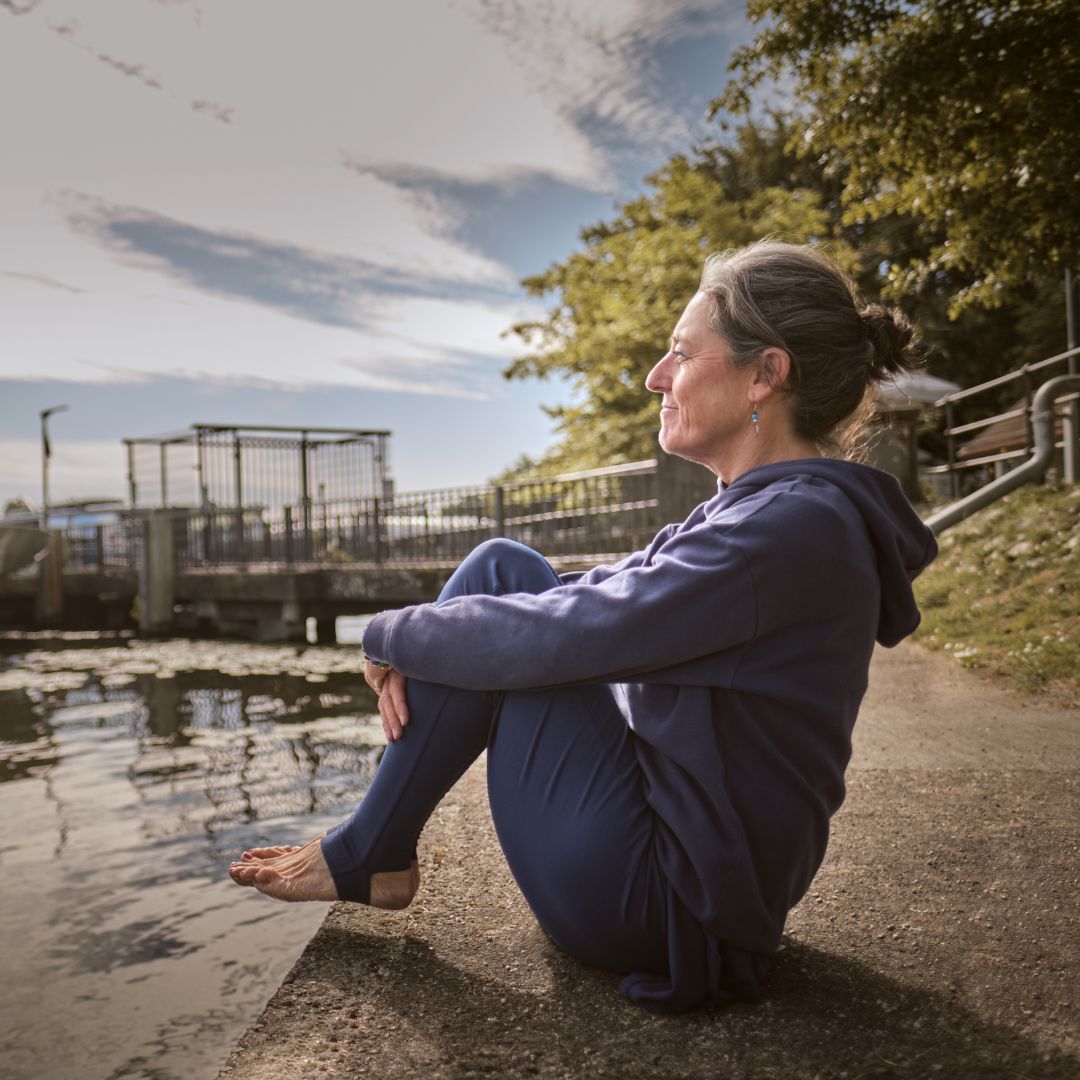 In Live & Be, My Heart of Practice

Hi everybody, I am Sandra. I would like to tell you a bit more about my Self 😉

I was born and raised in Berlin as the youngest of three children. I always wanted to be a teacher. I remember inviting my friends over after school to “play school” where I was the teacher. I don’t think I was too bad, because they kept coming. 😉

But to be honest, I didn’t know anyone who had the same interests, so I felt very different and quite lonely from a young age. I wasn’t seen or heard for what I was all about. While I was preparing to graduate from high school, my parents got divorced and I could no longer afford to go to college. So becoming a teacher wasn’t an option.

When the universe calls you, you´d better answer!

Many years later, by then I had moved to Portugal, married and become the mother of two sons, I had a vivid dream.

I remember seeing a train leaving and feeling that I had to make a decision: Either I get on and change my direction, or I stay and live the life I miss more and more.

I decided to jump on. 😉 I followed my dream, my passion and became a teacher. I was 42 when I started the training and graduated three years later.

Why is yoga so important to me?

Yoga has always been present in my life. I remember practicing inversion poses while pregnant with my first son.

But it wasn’t until I decided to follow my dream that yoga took up more and more space in my life. It trains me to be more aware of myself. It teaches me that life is made up of constant challenges that must be faced in order to overcome and grow from them.

My divorce taught me that nothing is forever. Relationships come and go. Everything is in constant transition.

But for me, the most important thing is what you make of all your choices. In 2020, I fully dedicated myself to my life as a yogi and founded All-life-is-yoga.

Through Vijnana Yoga, I first came in contact with yoga philosophy, the origin of yoga. I realized that the HERE & NOW is just a variation of what was experienced and practiced thousands of years ago. And so what I read became a life guide for me personally.

Why is teaching so important to me?

The relationship between me as a teacher and my students is always a mutual give and take. Yoga has changed my life in every positive way and I would like to share my life experience with like-minded people. My intention is to guide my students on their life journey as we benefit from each other’s experiences.

How did I find my way to 9 Star Ki Astrology?

My participation in a Feng Shui course in 2016 sparked my interest in 9 Star Ki. But it wasn’t until I attended a workshop in Amsterdam at the Michio Kushi Institute in 2018 that I knew 9 Star Ki would play a big role in my contribution to this planet. I am fascinated by the interplay between logic and my own intuition, and the fact that you already know EVERYTHING.

The awareness that everything is constantly changing and that no two days in my life are the same.

Knowing that I am here for a reason and that life gives me the time to figure out the “why” by facing my fears and struggles to grow from them and contribute.

What am I grateful for?

The dear people who accompany and support me on my path and confirm again and again that the path I have chosen is the right one. I thank them very much.

Be the best version of your Self.