How can something so old be so up to date?

HomeMy Heart of PracticeHow can something so old be so up to date? 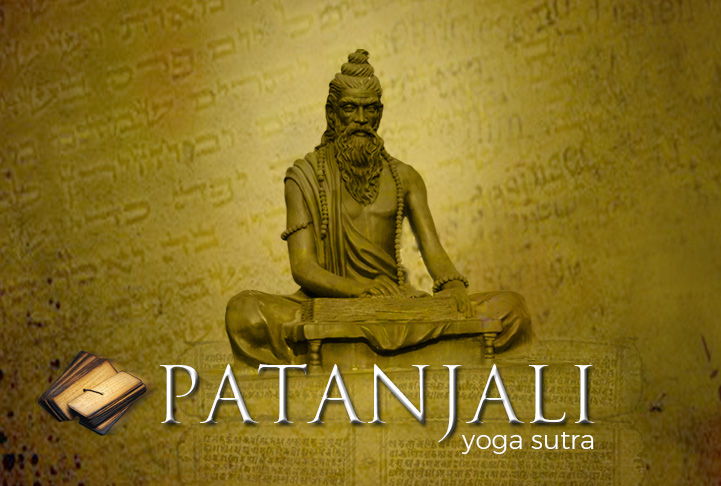 In My Heart of Practice

How can something so old be so up to date?

When you look within and work within, the way you look out changes, your outside becomes different without you doing.

Patanjali lived around 200 BCE. He is often refered to as the Father of yoga as he was able to combine the philosophy of Yoga, the theory with his own Yoga „techniques“ (the practical side) transforming both into short verses, known today as the Sutras of Patanjali.

The Sutras of Patanjali are made out of 196 short verses. They were meant to be recited from memory, and their meaning was probably passed from teacher to disciple.

The Sutras became one of the six darsánas (schools of thought) of Indian philosophy.

Due to the brevity of the writing, the Sutras were studied with the help of commentaries from other sages & philosophers such as Vyasa, Shankara, Swami Hariharananda among others. The Yoga Sutras are based on the reality which is dual, two separate entities existing independently of one another: Prakriti, the Seen (the World) and Purusa (the Seer). Both can be perceived by the Consciousness (Citta).

It depends on ones Citta how we grasp Pakriti or the material and intellectual world & Purusha, the Individual Self.

The first Chapter Samadhi serves as an introduction, outlining the essential features of Yoguic practice including Yoga Theory, the Mental process, Samadhi, God, the Obstacles, Special practice and absorption.

The second Chapter is called Sadhana , The Path to Realization as it describes the various ways of attaining the transformation of consciousness (Citta) into pure Self awareness such as: Yoga of action, Tapas, Karma, Means of Release, Practice of Restraints up to perfection, Control of postures.

The third Chapter is called Vibhuti and refers to the supernormal knowledge & powers through practice of Samyama (Dharana, Dhyana, Samadhi). Obtaning knowledge of Purusa in purity which leads to Transcendental Aloneness (Kaivalya).

The Fourth Chapter Kaivalya is the analysis of the transmuted consciousness inclining towards self-negation. A kind of resume as many of the ideas propounded already have been presented.

Me & the Yoga Sutras

As far as I understand the Yoga Sutras and its dualistic concept of Reality, for me as a Yogi my ultimate goal is to see the world through the eyes of the „Seer“, Purusa my Individual Self, my pure consciousness-awareness.

I am constantly challenged through Prakriti, an illusion, the so called „Real World“ perceived through what is „seen“. The way how I am able to connect between Prakriti and Purusa is determined by my consciousness (citta), „the seeing itself“.

It is through reducing my mental processes that I will be able to remove the illusion of the “Real World”, the cause of suffering, the not knowing (A-vidyā ).

Yoga enables me to train my consciousness, my Seeing. It offers me a clearer vision of the World around me and brings me closer to my Individual Self, my pure consciousness through meditation and practice of detachment. It is how we are able to perceive our life and ourselves that defines our consciousness.

The more we are able to withdraw from the Outside and go within, the more we allow transformation to occur. It is not in vain that the term „Citta“ (mind) itself, is said to be one of the key terms of the Yoga Sutras. I am convinced this is one of the main reason, why Yoga for thousands of years maintains its „popularity“.

Speaking for myself, the Sutras are a way of life guidance through our „Ups and Downs“ on our search to bliss/enlightenment (Samadhi). In the introduction I already said the Sutras are made out of very brief quotes/ sentences which in the past were transmitted verbally from a teacher (Guru) to its disciples (sadhakas). One by one was taught and discussed. The disciples had to learn them by heart.

Nowadays we are far away from this tradition. The Sutras are read more like a book (chapter by chapter) and are usually not taught one at a time, nor are they asked to be learned by heart. When I started studying the Yoga Sutras I felt annoyed by the inumerous repetitions in the quotes. So many different words for the same thing. But we must not forget that these brief quotes were taught individually. This means that one was probably very happy if the verses had a certain repetition. Also the shortness of the quotes at times drove me crazy as they lead to misunderstandings. It often felt as if a word in between was missing. This is why the introduction of commentaries written on the Sutras (by editors mentioned in the introduction) was and still is of enormous importance.

The Path to Enlightenment

The first Chapter as was mentioned before is called the „Path to Samadhi“. Patanjali introduces you to how to achieve enlightenment, a sort of per-conditions to be concluded first.;-)

First there is a slowing down/ a thinning out of thoughts. This quieting of the mind allows to perceive the „Seer“, Your Self / Divine (Purusha) in its own form. He defines quite well the different types of thoughts which are seen as obstacles, which do not allow a quietening of the mind. From the Beginning until the end you are always reminded that „Glory“ (achievement) is gained by practice.His techniques here are the practice of meditation, binding the mind to stability. He refers to a non-attachment needed to attain clear knowledge. He describes different techniques of Samadhi, such as the one-pointedness, concentration on a described object. As the mediation gets deeper, associations are dropped off, such as name, concept, time, space….The mind finally becomes so clear, that the essence of the object of meditation tkes off as it is. Clarity of knowledge leads to the arising of Samadhi.

The only „MUST“ (pre-condition) is a longing for it.

The second Chapter named Sadhana is describing the various ways of attaining the transformation of consciousness (Citta) into pure Self awareness (kaivalya). One first must clear and steady his mind against the madness of illusory passions and free ones life from involvements. One way presented is Kriya Yoga, the Yoga of Action. It stands for creating an environment for Samadhi by practicing tapas (heating disciplines), Self-study of the scriptures and devotion to Ishvara (God of the Yoguis) by repetition of the sylllable OM.

Even though it is mentioned that the three practices above can by themselves bring out Samadhi, other methods are given including the restraints of the Klesas (emotional conflicts /causes of pain): the not-knowing or ignorance (avidya), I am-ness (asmita), attachment or desire (raga), aversion or hatred (dvesa), and the will to live (abhinivesa). Once again Patanjali referes to Meditation (Dhyana) as the tool to thin out the Klesas or better the thoughts created by them. He explains that the „Seen“ (Prakriti) is divided in three different qualities (Gunas), which can be visible and invisible: brightness (sattva), action (raja) and stability (tamas).They give means to Prakriti.

The second Part ends by introducing the eight steps of Yoga as another way to attain the “Aloneness of Seeing” –Kaivalya.

There are five Outer and three Inner Steps. Patanjali starts by introducing the five Outer ones, as there are: the Yamas or the way we deal/behave in the outer world, such as: non-harming, truthful, non-stealing, non-greedy & abstinence. The Nyamas or our Inner Attitudes such as cleanliness, contentment, tapas & self-study– cultivating the opposites of our thoughts); the Asanas as they occur by relaxation of effort. Pranayama (breath-control) with a special attention on the stopping (kumbhakas), Pratyahara (sense-withdrawal) is the highest control of the senses, disuniting from the objects.

The third Chapter Vibhuti also known as the Chapter of Glory begins with an analysis of the three Inner Steps of Yoga: Dharana (Concentration), Dhyana (Meditation) & Samadhi (Enlightenment) .

Dhāraṇā is a pure mental process. It is binding the mind to a place (internal or external). Dhyāna is the continuity of the mind, on one single idea untouched by anything else different .When that one single idea gives up being a stream of one single idea and radiates as the form of that object only (like a crystal) , this Dhyāna becomes Samādhi.

I.13 Practice is the effort of becoming stable there

I.14 But this (practice) becomes firmly grounded when done intensively properly and continuously over a long period.

II.1: Tapas, self-study, devotion to the Lord, are the yoga of action.

III.55 When the sattva and the Purusa are of the same purity – kaivalya aloneness.

It is through the intensification, integration and eventually the mastery of the three elements that the knowledge of all, the understanding of consciousness, the Seeing of siddhis, the Mastery over the senses and finally the attaining of kaivalya -aloneness arises no matter if knowledge of the difference has been attained or not

The last and fourth Chapter Kaivalya deals mainly with Transformed Consciousness-Kaivalya aloneness and explains the cutting off the Samskara groups (memories, imprints) accumulated over many previous births. Release is now final because all different Samskaras and all other aspects of Gunas have now fallen off. Purusa makes no more illusory identifications.

Every consciousness is unique

Every consciousness is unique. The consciousness that is liberated through meditation becomes free from the influences of past actions and does not become the cause of future suffering. The Self that is superior to the consciousness is not subject to change. Only a consciousness that is equally imbued with both the spiritual and the material can serve its true purpose. Whoever recognises that consciousness on the one hand and the actual being of man on the other are fundamentally different, loses the attachment to his worldly self. Then the consciousness strives for complete clarity and distinction, following the inner inclination to aloneless. The causes of suffering of past actions cease. Comprehensive infinite cognition is attained, all wrappings and obscurations are removed. The power of the spiritual rests in its own Being.